Nearly all of my life it’s been easy for me to stay in shape. I enjoy being active, I don’t snack much or eat much sugar, and it seemed as though my metabolism was pretty solid all through my 20’s. I have been lucky, but now I’m in need of some extra help as I’ll get into below! I’ve had a friend recommend to me a FitBit to keep me on track with everything, they are pretty popular so it is worth a look, plus I can go on Mobile Mob and find some accessories/equipment for it.

Then I had Cora and BAM. I was BAFFLED that my body didn’t bounce back. (Mind you – I half-assed my workouts because in the past that was all I had needed to do to stay in shape). Then I got pregnant with Beck and I vowed that I would take better care of my body after he was born. No more half-assing anything.

But then, three weeks after Beck was born, we moved from Ohio to North Carolina for Nick’s new job. And I was stressed and unorganized, (despite my best attempts to be otherwise). So I pushed off my plan.

Pushed it until April 2019. When I didn’t feel great. When I didn’t feel healthy. Didn’t feel confident. I often felt tired and sluggish. I was barely exercising and I missed those endorphins. So I made a plan and made a change. The before and after images below were taken 15 weeks apart. The Befores in April and the Afters in August.

The biggest change that I made – I stopped making excuses about why I shouldn’t work out. I worked out when I didn’t want to. Kept going when I wanted to stop. Worked out when I could have been working. Or cleaning. Or playing with the kids. Or sleeping. And it made all the difference. It took 5 full weeks before I could see any results..and so I wanted to stop before that. But I powered through it and thank goodness I did. Because the proof is in these before and after images. For those of you who aren’t into fitness and working out but still want to lose weight, getting into shape at home is so easy if you keep going. One workout a day can make the world of difference – just look at my photos!

Where it all started.

The follow two images were taken in March 2017 – 11 months after Cora was born.

I was delirious. It was nearly a year after Cora was born but I was working for a Wealth Management firm full time, Cora was a terrible sleeper, and I was struggling. I would work out occassionally, but I didn’t stick to any kind of a routine. I still banked on my pre-baby metabolism kicking in. Well that never happened…and in December 2017 I found out I was pregnant with Beck.

Beck was born mid August 2018, and we moved to NC mid September. Like I said, I pushed off my plans to start living a healthier, more motivated life. But in early April 2019, we were settled. We were in our new house, (and out of the rental), I had settled into my work routine and Cora and Beck were settled into their routines. I knew it was finally time to stop making excuses.

So I committed to do the 12-week BBG Program that I had tried to do once before, after Cora was born (I lasted like 5 weeks). At the same time, my friend Ada invited me to go to an Athletic Training class two mornings a week.

I started working out and I felt lazy. I felt weak. I felt like I wanted to stop. But I FORCED myself to keep going. I would bribe myself with coffees after class or going to get my nails done after doing BBG at home. And after 5 weeks, I stopped feeling lazy. I started feeling stronger. I didn’t have to take a break between workouts. I felt good.

Here is the workout schedule that I adhered to. This is the program that worked for me, due in large part because most of the time I could work out at home. And going to the Athletic Conditioning classes twice a week (sometimes just once a week) gave me the chance to work out with other people and learn new types of workouts – to have someone else there to hold me accountable. I needed both of those things to successfully make it through those weeks.

Saturday: usually nothing unless I skipped a BBG workout earlier that week

I downloaded this BBG guide. You pay once and then you own it. I keep it in my email so that I can access it from anywhere. You need very few tools (some weights, a bench, etc), but I have used gallon water jugs and a foot stool – you could make these workouts work with whatever you have on hand. The general schedule for BBG is that each week you do three different main workouts, each one focusing on a different area of the body, and then twice a week you do LISS (low intensity steady state) workouts for 30 to 45 minutes, (aka like walking or jogging).

But I did not do the LISS workouts. The Athletic Training class that I go to is on Tuesday and Thursday mornings, so instead of doing the LISS workouts I went to a VERY high intensity conditioning class that lasted between 45 min and an hour. The class is designed to feel like you have a personal trainer. These classes are the hardest I have ever taken. They are much harder than BBG and I think BBG is challenging.

I know most of you are not in Charlotte and are not able to take this exact class, but the trainer, Chuck, has an At-home Workout Guide that you can purchase for $1. He’s also hosting a Fitness Cruise next summer in the Caribbean which is pretty baller. I think there are still spaces available. But this guy is THE most sought after trainer in Charlotte so that may not be the case for long. You can watch his Instagram stories and he shows you a bunch of different workouts you can do at home. You can think about picking up some workout equipment like slam balls to help you achieve your fitness goals at home.

I love food. My husband is an incredible cook and cooking a meal is an event in our house, so I’ve always known that dieting is not something that will ever work for me. In general, I just eat pretty healthy. I’ve never been a big snacker. I don’t crave sweets – I may eat a cookie once or twice a week and I add about a tsp of simple syrup in my iced coffees. We eat fish, meat, lots of pasta, dairy and tons of veggies. For me food and nutrition is about balance. I love smoothies and I love wine. I love veggies and I love lasagna.

There are a few things that I do try to be conscious that do not come as easily for me. I try to be good about drinking water and eating fruit – I don’t naturally do enough of either of those things. I also try to eat less meat and less dairy than I may normally gravitate towards. Below is an example of a typical day for me, food-wise:

What I typically eat in a day.

First Thing’s First: usually a 12-oz iced coffee with a splash of half and half and sometimes a splash of simple syrup.

Breakfast (usually around 9:30 or 10): Everything bagel with cream cheese, hardboiled eggs with Everything But the Bagel seasoning or avocado toast or toast with lox and goat cheese are my favorites.

I am not hungry when I first wake up, it takes me about 3 or 4 hours to want to eat anything in the morning, so I typically eat breakfast around 10.

Lunch (usually around 1:30 or 2): Either a salad with some type of protein and lots of veggies or sushi (usually one roll and 3 pieces of salmon sashimi). If I’m in a rush: turkey and dijon mustard on a piece of wheat bread.

Dinner (usually 5:30 or 6): We eat a lot of pasta, but a few nights a week we try to make a protein + veggie + rice/potato. Dinner is when we focus more on flavor than on health. The rest of the day I try to pick health first. I drink a glass of wine with dinner probably 4 nights a week.

Where I am now.

I keep using the word “After,” but that isn’t really accurate. That makes it sound like I’m done and that’s definitely not the case. I feel good now and I want to keep going. Consistently moving my body is part of my lifestyle now and I don’t want to give that up. I feel more awake, more energized and definitely more confident.

I hope this inspires anyone who has been putting off a healthier lifestyle to stop saying that you’ll start tomorrow. Just start today. I know you don’t want to/don’t think you have time to but do it anyways. Send me a comment, Instagram DM or an email and keep me posted on your journey. We can keep each other accountable and motivated!!! 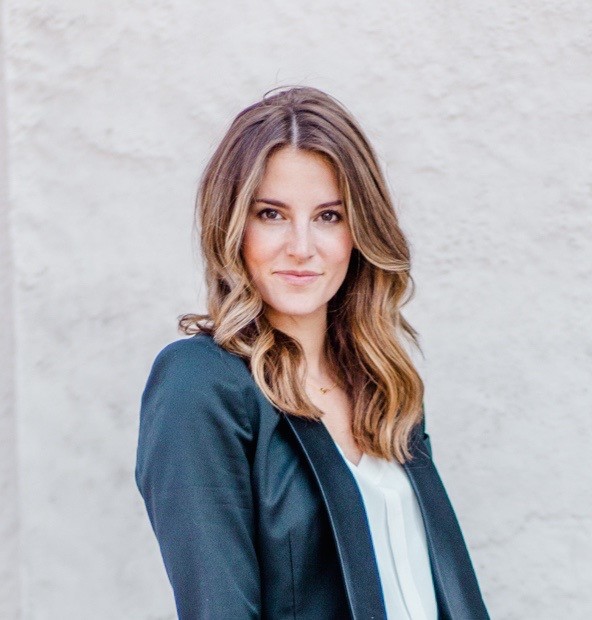