I have been slacking on my blogging game lately. I promise there is a good reason for it but I cannot share the news just yet. But I keep getting lots and lots of pregnancy related questions so I thought it was time I broke my blog silence with a third trimester update and my answers to some FAQs that I get. Also, girls if you’re trying to get pregnant yourself and you seem to be struggling, you could have a look over at sites like Countrywide Testing for ovulation testing kits so you can ensure you are trying at the optimal times to conceive. 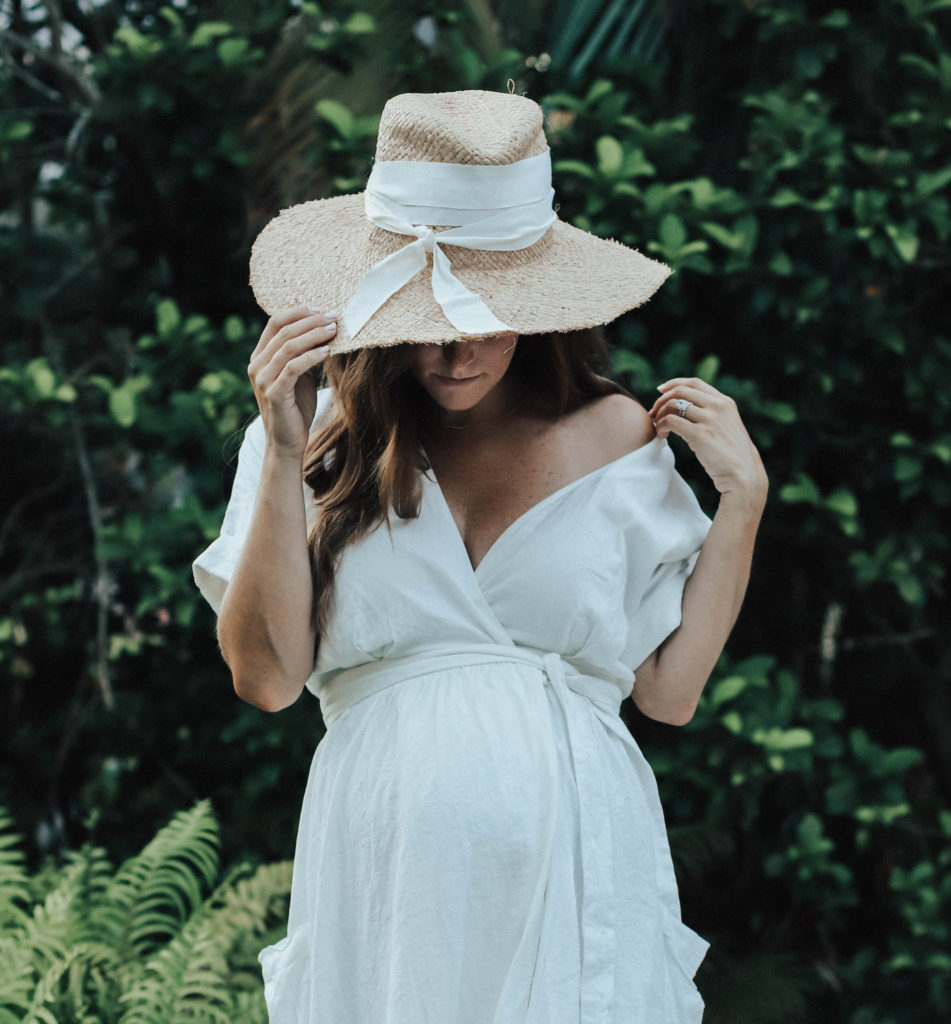 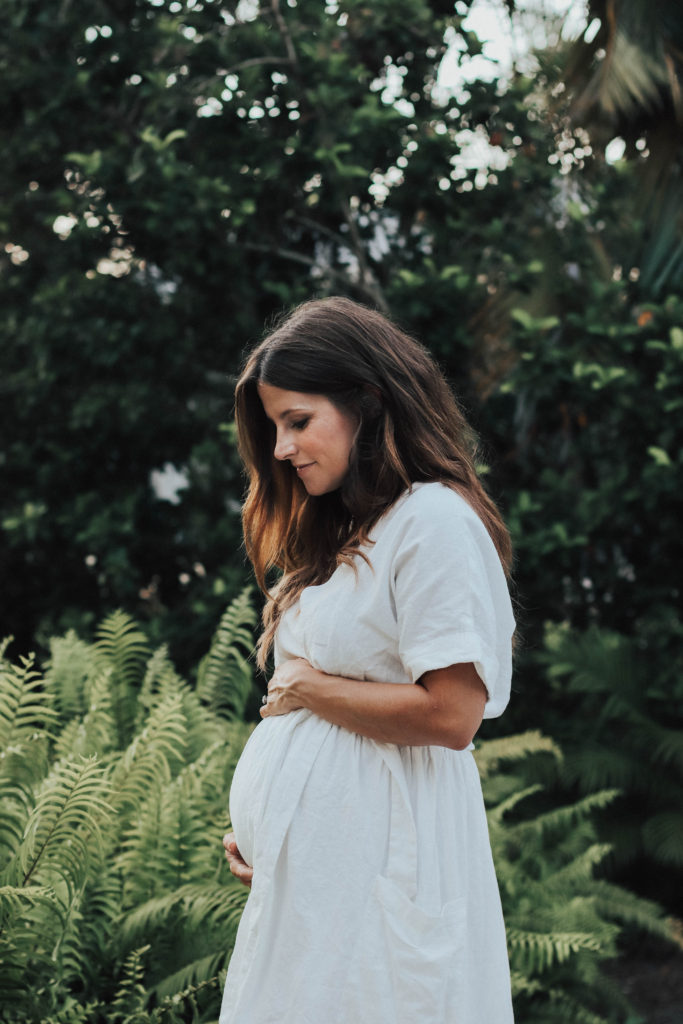 Did you/Do you struggle with body image ever? If so, what helped?

I love this question – and I think it’s really important to talk about it openly. I think there’s a lot of pressure on women to look perfect while they’re pregnant. To basically just gain belly weight and not look any different anywhere else. This is ridiculous and impossible.

But I’m human and I definitely had body image issues both during my first pregnancy and this second one – although it seemed worse during my first pregnancy. I think it bothers me less this time because I know what the end result is. You get this incredible little miracle at the end of the journey that makes any extra dimples, weight, saggy boobs, or hair loss completely worth it. There is always the option of treatments like breast augmentation surgery Newport Beach way if your new body really does make you miserable, but I think it’s so important to try and overcome your own insecurities first, and to learn that society’s expectations are unrealistic.

Although, this can be easier said than done. After my friend had her baby, she never regained her body confidence and ultimately made the decision to have breast augmentation surgery. But only after she checked what the breast augmentation cost Denver was so she could take the time to save the money she needed to make this change. She went through with it in the end, and seeing how confident she is in her body again is amazing. I don’t even know what I’m going to do once my baby is born, but at the minute, I’m just trying to make it through the pregnancy unscathed.

On days when I felt especially conscious of the weight gain, (‘cuz mine shows up in my thighs and arms and butt too – not just my belly), I’d go for a long walk. Or go to yoga or a barre class or something. Exercise has always been my preferred form of meditation and it helps me clear my head and get some endorphins pumping. It also helps to have a partner at home who is supportive and sweet and has a wonderful sense of humor about all the funny body stuff too. My husband is good about trying to make me feel pretty and comfortable and well-fed. That last part is V important.

How much weight did you gain with Cora/with this second baby?

I was pretty thin when I got pregnant with Cora, so my doctor had wanted me to gain about 30 pounds. At my heaviest with Cora, I had gained 31 pounds but by the time I delivered her I was 25 pounds heavier than when I started. (Towards the end I didn’t have much of an appetite).

When I got pregnant this time I weighed 115 pounds and as of my checkup yesterday I weighed 133 pounds. So I have gained less weight with this pregnancy so far, however, I still have three weeks left until D Day and….donuts.

How do you avoid stretch marks?

With both of my pregnancies, I used Bio Oil all over my belly and my booty. It was a recommendation from my doctor and I used it after my C-section with Cora to help reduce the significance of my scar. I can’t say for sure that that was what helped me avoid stretch marks or if its placebo and I just got lucky – but that’s what I used and I only got two teeny tiny stretch marks at the very end of my pregnancy with Cora and I have gotten none (thus far) during this second pregnancy. Also – drinking lots and lots of water is supposed to help also.

How long did it take you to get pregnant with Cora vs this new baby?

With Cora, it took us one week. Which was unexpected. But then this second time around I was expecting that it would be fast and it wasn’t. One month passed and I wasn’t worried. After the second month passed and my tests were negative I decided to download an ovulation app. We got pregnant after the third month.

Did you use any fertility trackers to help get pregnant faster?

I did start using one after 2 months of trying with this second pregnancy. The one I used was Glow and it worked really well for us. In retrospect, I wish I had just started out using that app, but at the time it seemed unromantic and forced and with how quickly we got pregnant with Cora I didn’t assume that it would be an issue.

Do you have a birth plan? Does anyone do that anymore?

I didn’t have one with Cora and I don’t have one with this baby either. I found out very early on with Cora that I was high risk, (thankfully that risk went away after about 16 weeks), and my doctor did a great job of explaining that with babies the only thing you can expect is the unexpected. That she would support any birth plan that I had but that she didn’t want me to get too attached to it, just in case. Well, Cora ended up breech and I knew from about 32 weeks that I was going to have a C-section. So my plan was to do everything in my power to give Cora a comfortable entry into the world.

It seems like all of my friends who have had elaborate birth plans ended up with emergency C-sections or something crazy. You can plan and plan and plan and at the last minute everything changes. I think that if it helps you feel better to create a birth plan and hope that it will go that way, then go for it. Just be prepared that not one part of your plan may come to fruition – your baby’s plan may be completely different than yours. And that’s okay too!

Do you have any weird cravings?

I wouldn’t say weird necessarily. With Cora, I craved donuts, chocolate milk, pineapple, and spicy food. This time around I craves ALL fruit, smoothies and LOTS of spicy food.

I have a very specific craving lately for Chick-Fil-A, the #1, with lots of buffalo sauce. Typically I have no interest in buffalo sauce but if I get that bag and there’s no buffalo sauce I don’t even want the chicken…. so that is my weird craving as of late.

Are you uncomfortable? Is it hard to sleep?

Lately, yes and yes. I did not have a difficult time sleeping or getting comfortable during the first or second trimesters but started around 32 weeks this time I can’t seem to find the perfect way to sleep – it’s hard to sit or stand for long periods of time. I’ve definitely started waddling, so I look hilarious at all times. But with just a few weeks left – I know it is all short-lived.

Have you peed your pants while laughing or sneezing.

Is it different this time being pregnant while you have a toddler at home?

It’s definitely different. I work three full days a week and then a half-day on Thursday’s so we have a nanny who comes to the house on those days. Friday’s it has just been me and Cora and I notice that on those days I REALLY wish that I could take a nap. And sometimes I do nap while Cora is napping. I know that having a nanny is not an option for lots of parents and I honestly think that Fridays are so much more exhausting than my workdays because I’m running around with her. I couldn’t imagine doing that 5 days a week – those stay-at-home moms who are pregnant with other kids at home are the real heroes…make no mistake. I know that other parents have looked at getting an au pair to help with all areas of day to day life with the kids, to be honest, it does sound appealing to have as it can alleviate some worry and exhaustion, it is something to think about. 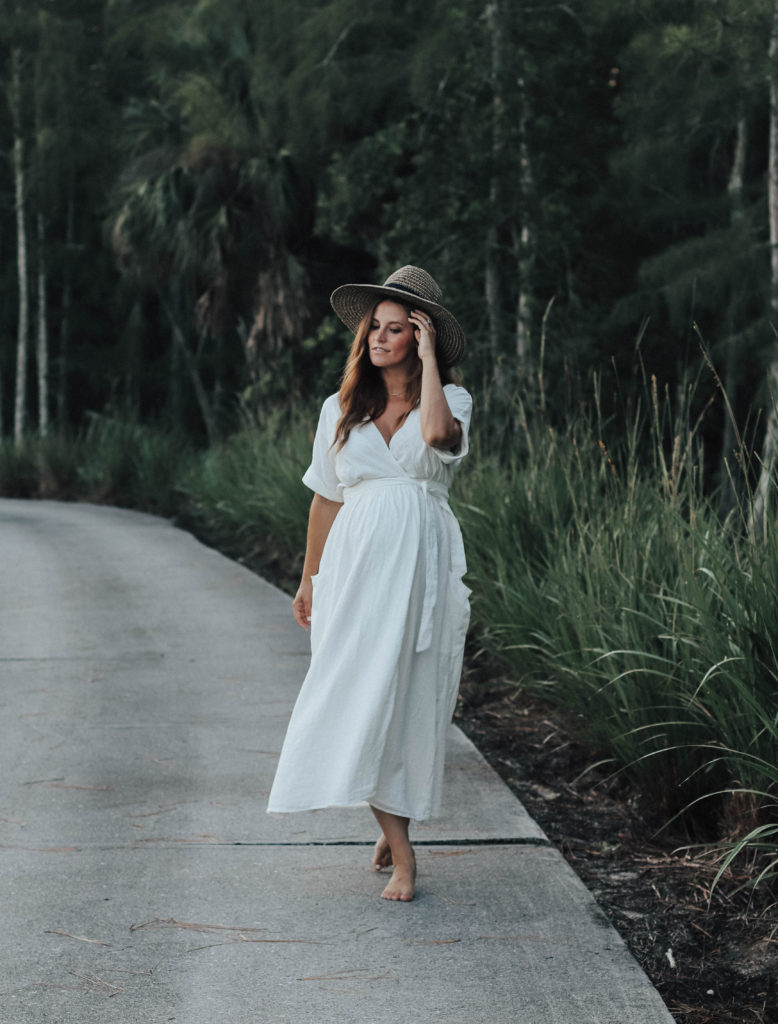 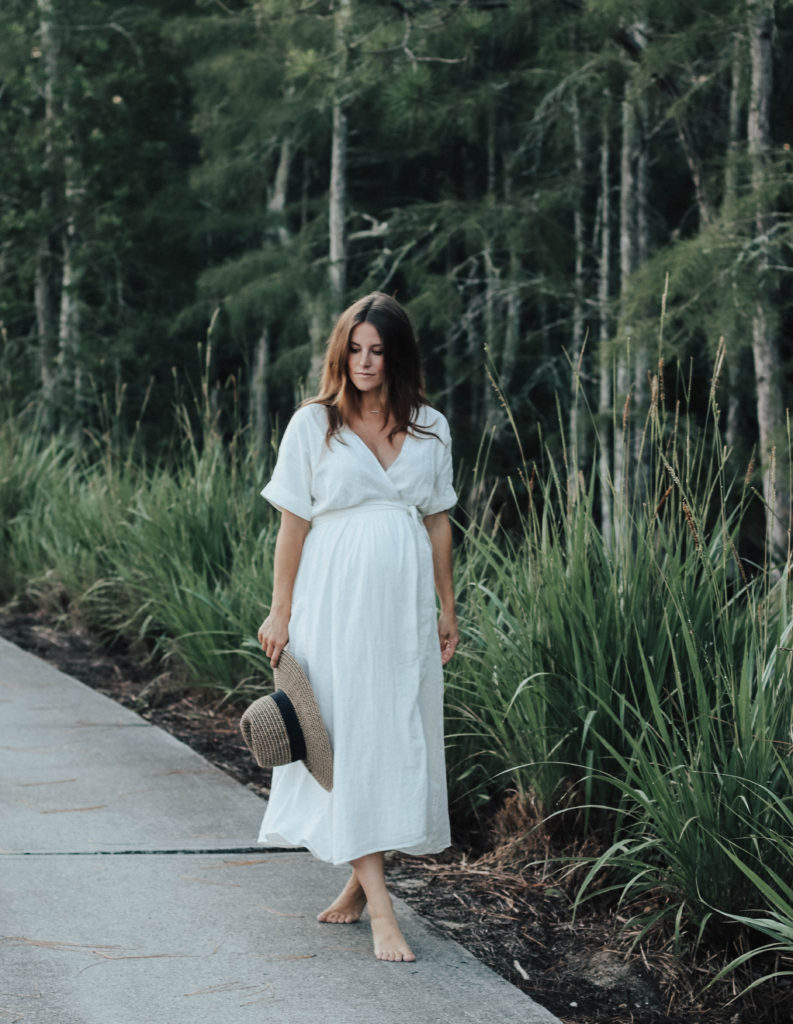 It was interesting re-reading my third trimester post from when I was pregnant with Cora. This pregnancy has been similar in some ways and completely different in others. One MAJOR difference is that I was so organized getting ready to Cora. We had all our baby products ordered and set up, more than enough diapers and clothes – the nesting was really in full effect.

This time around is totally different. It’s like that Luv’s tagline – You Live, You Learn. I’m not afraid to be unprepared for the baby because I’ve had a baby already. I know that you can go get a new stroller after the baby comes. And that Amazon delivers diapers. And that you don’t have to have a nursery perfectly set up because the baby probably won’t sleep in there right away anyways.

This is what we have done so far to prepare for this baby’s arrival:

And that’s it….. It’s also a reflection of how I pack Cora’s diaper bag these days: leave the diaper bag at home and throw a handful of Cheerios in my pocket.

Workouts: I started getting very uncomfortable doing my workouts around 30 weeks. I had been doing barre and pretty intense cardio up until that point. But then we started traveling like crazy and now the only real exercise I’m getting is talking walks around the park. With Cora I worked out right up until I delivered – you just have to listen to your body.

Issues: I am COMPLETELY exhausted all the time. Some days I feel like I could go back to sleep by 9 AM.

Around week 34 I noticed a little red spot on my lip that turned out to be a broken blood vessel. This was not something I had heard about but my doctor said it’s common – although more common to appear on other parts of the body – ahem, lower down. She told me that they usually go away after you deliver but, it not, you can get it lasered off. Awesome.

And I had a lot of back pain with Cora and that has resurfaced again recently. But I’ll splurge on a prenatal massage when it starts getting really painful.

You can read my First and Second Trimester Update post here.