A little pregnancy update on the first and second trimester all in one post since I haven’t been as on top of it as I should be. How we found out, what workouts I’ve been doing, what I’ve been craving and any issues that I’ve been having are all summarized. Comment below or email me and let me know if you have any pregnancy Qs!! 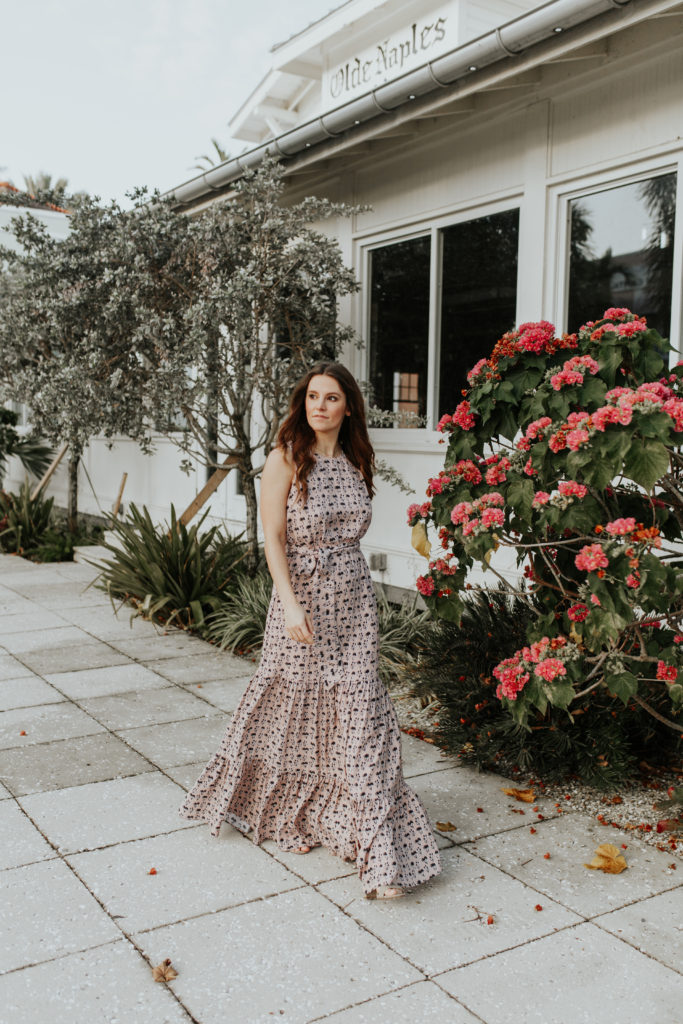 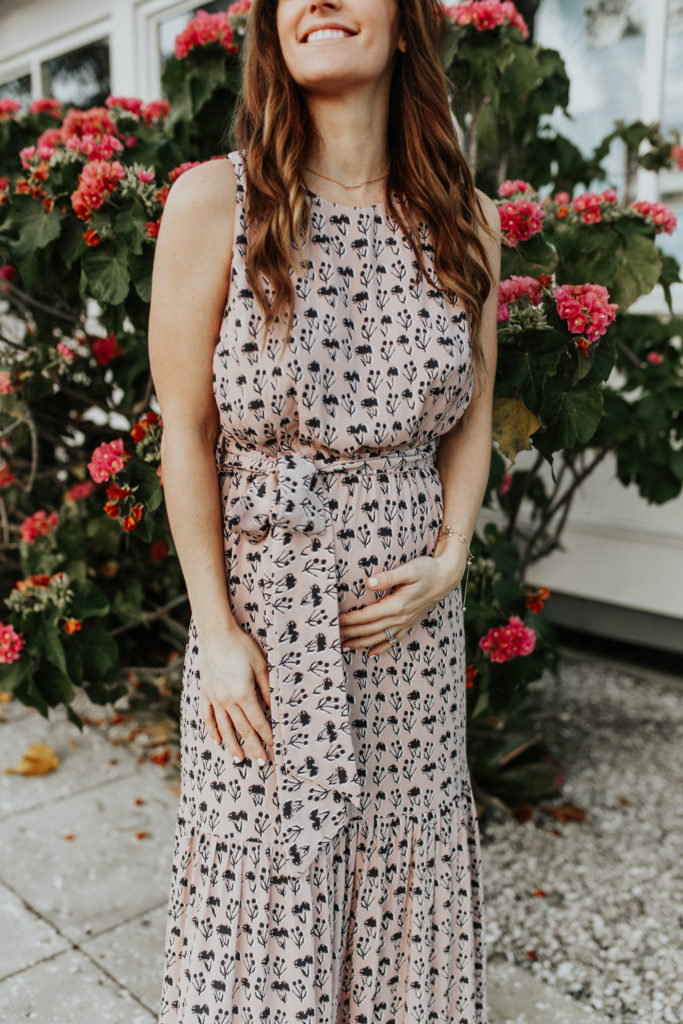 When I was pregnant with Cora I did a much better job of documenting the experience. A friend of mine told me about somewhere similar to https://www.milknursingwear.com/nursing-tops/tank-tops/ to get clothes. I wrote in a journal, I posted to IG more, I wrote more blog posts. I think with this pregnancy I know what to expect, for the most part, and so it doesn’t hit the top of my list of things to document. But I wish I didn’t feel that way. Because every pregnancy is different and this one has certainly been different in a myriad of ways and I just haven’t been on top of sharing the journey with you all and with myself in the future after I’ve started to forget the little (and incredibly important) details. 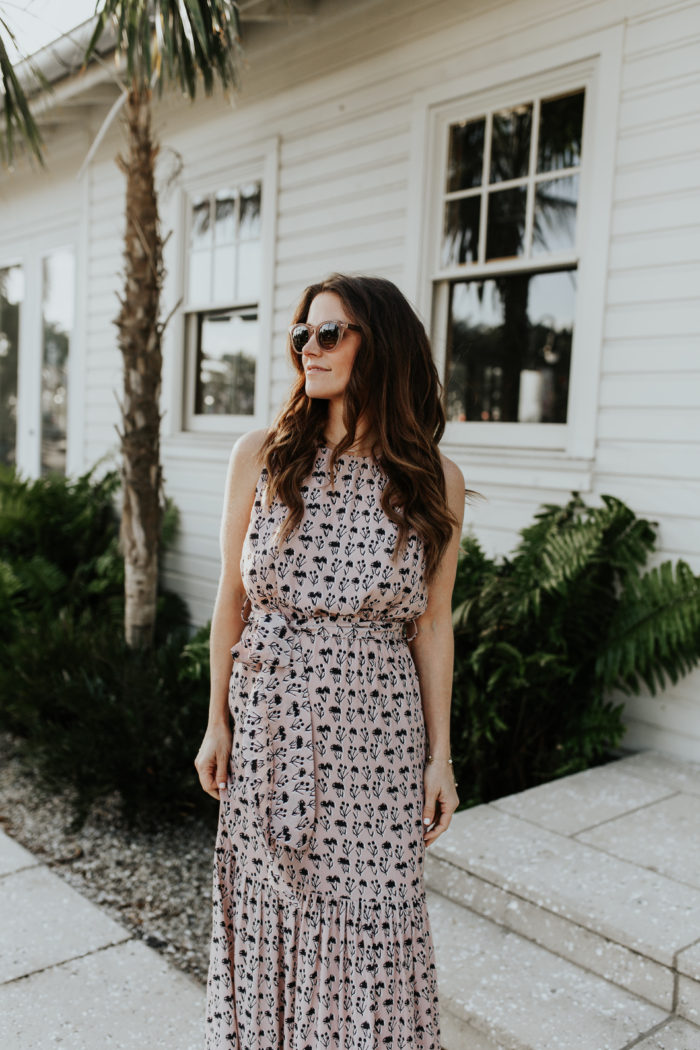 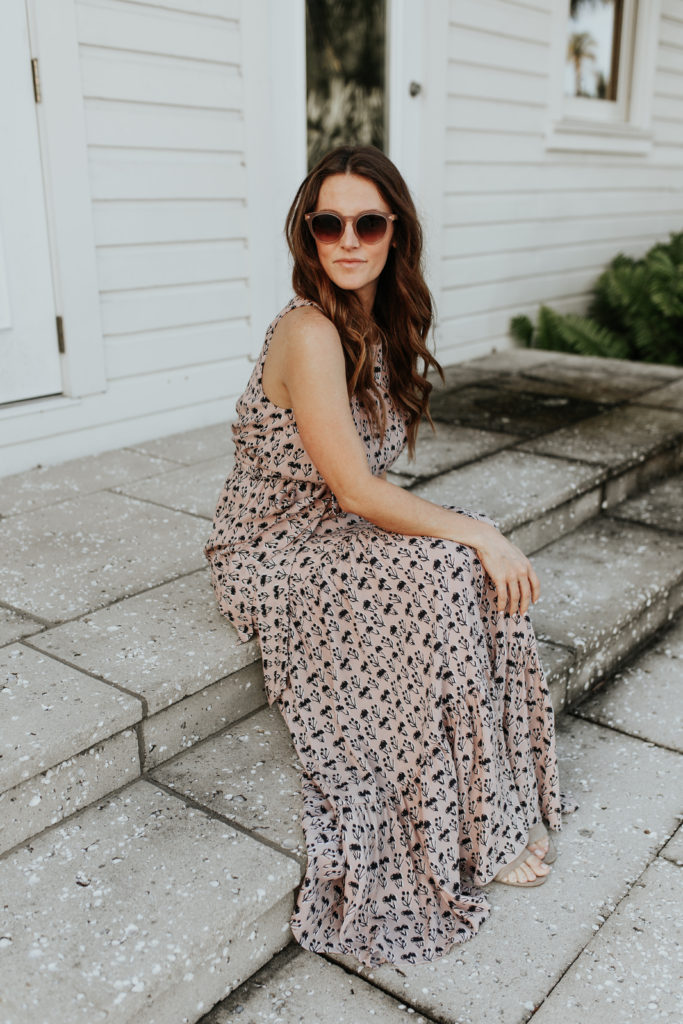 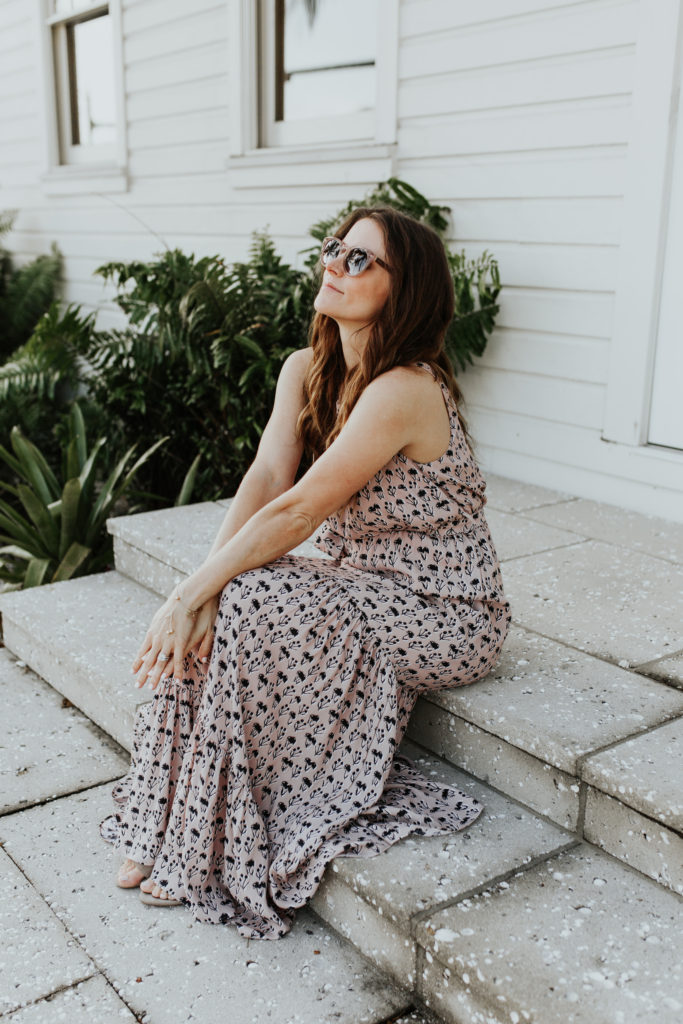 How We Found Out

It took us one week to get pregnant with Cora. It took us three months to get pregnant this time. Now, I did nothing to really track ovulation with Cora…we just got lucky. So this last time I did not do anything differently. By the end of the second month when I wasn’t pregnant I downloaded an ovulation tracking app and then BOOM…next month I gag on my toothbrush and I knew.

Only sort of kidding about that. I was hoping to get pregnant so I was looking for every sign. But I get terrible gag reflexes when I’m pregnant and on December 22 I woke up feeling a little different and very gaggy when I brushed my teeth that morning. I already had a stash of pregnancy tests and so after a quick 2 min wait – it was confirmed!!! I wrapped that test up in a gift bag and had it waiting for Nick when he got home from work that day! It’s a good job I did the pregnancy test so quickly. I had been planning a tattoo for a few months before I realized I was pregnant but I know you’re not supposed to get tattoos while pregnant. It’s something I’ll think about when the baby is born though! 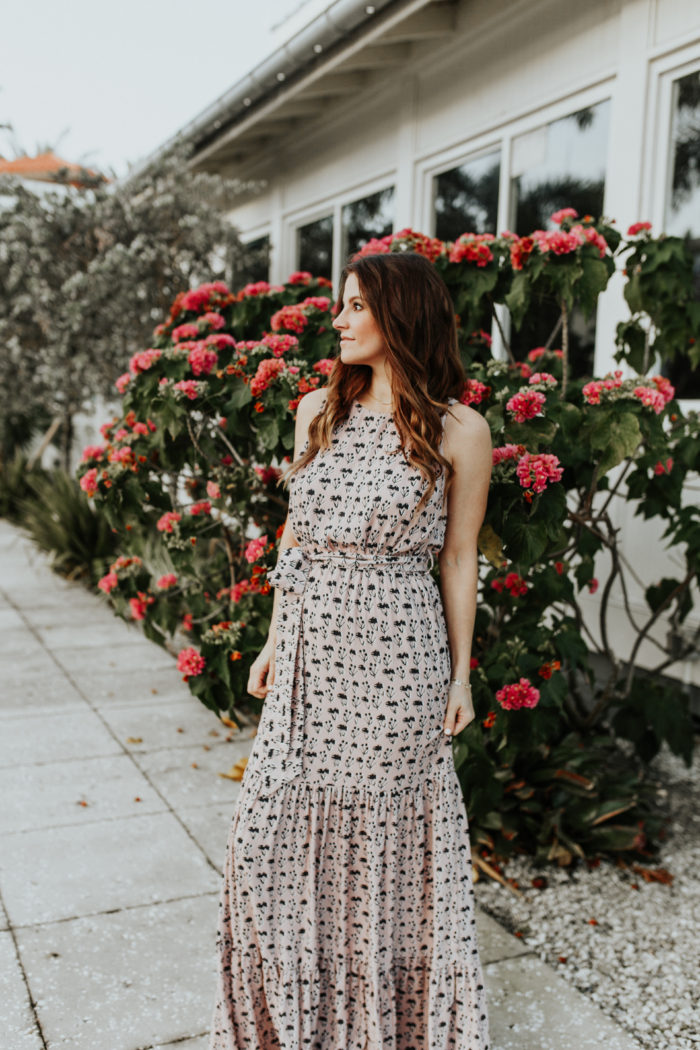 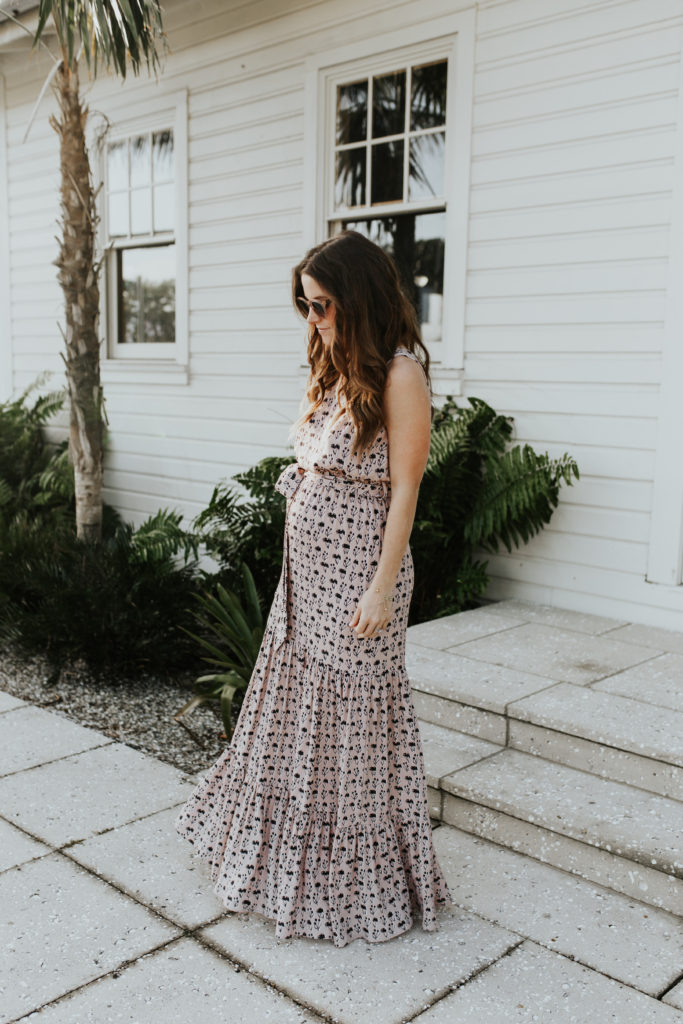 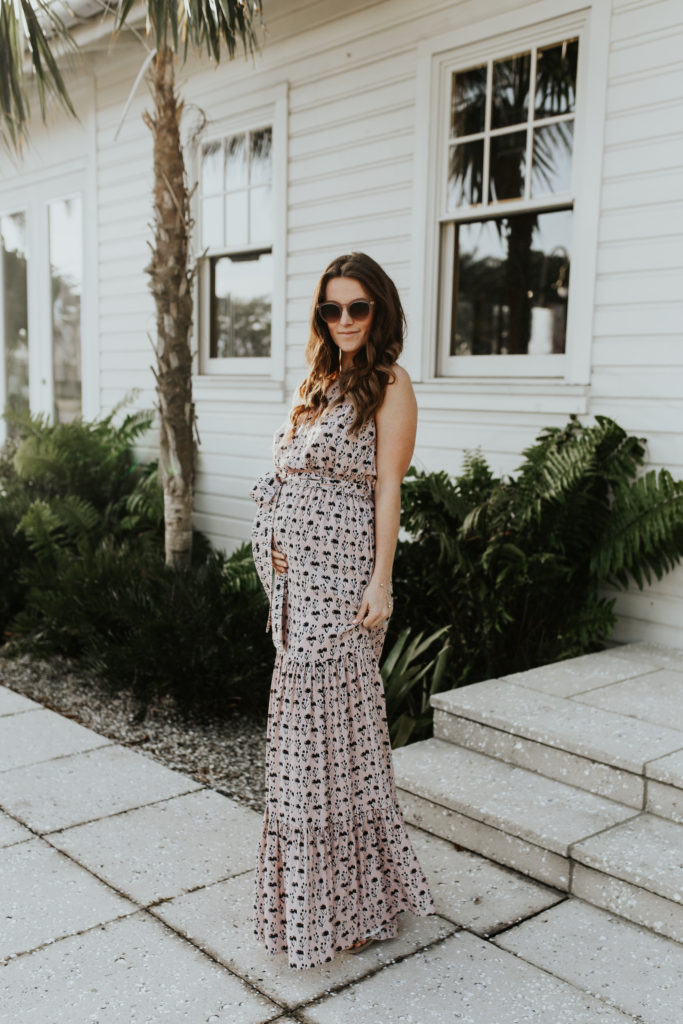 I was more than prepared to be super sick over the next couple weeks. With Cora, it was all I could do to make it through a full day of work without puking. I barely ate anything unless it was made out of potatoes and slept from 6 PM to 6 AM most nights.

This time around I had a handful of days when I felt sick and then got sick, but they were few and far between. I was definitely exhausted, but it didn’t seem to compare with my first pregnancy the same way.

Even more surprising to me, honestly, is how soon I noticed a bump. I know everyone says that and I should have been prepared, but I swear no sooner had I peed on that stick than I looked like I just stalled two burritos. Today, at 24 weeks, I feel like I look how I did at 34 weeks.

With Cora, I was high risk due to a minor complication near the beginning that my pregnancy with her, so we had gotten that blood test that also gave us gender results. Since I had done that test with her I decided to have it done again, so at ten weeks we were able to find out that we were having a BOY!

Overall first trimester was great! I worked out a lot. And I could fit into most of my normal, non-maternity clothes.

Cravings: OJ, oranges and pineapple – A note I’d like to make is if you’re currently pregnant (congratulations!) and it’s your first, you may want to look into EVERYTHING as much as you can, like this pregnancy diet guide for a start.

Just like with Cora, so far the second trimester has been glorious. I have tons of energy, have had great spurts where I want to nest and clean and organize our house (this is typically not my jam). And I’ve been kicking ass work-wise so I feel pretty good!

The downside is that between traveling and getting more marketing clients and having guests, I haven’t been working out as much as I did the first trimester. I need to get my ass in gear. Just to stay consistent.

I also haven’t noticed that great hair growth yet like I saw with Cora. My hair never looked so good as it did when I was pregnant with her. I hope that is still on the way this time.

I was really excited to find out the gender of the baby and made use of the gender test Australia services that are about. We’ve found out it’s a boy! I’m already so excited! We have it narrowed down to three different boys names that we like. We picked Cora’s name immediately, but this boy’s name seems to be more difficult to definitively choose one.

Workouts: some barre3 classes. Trying to do more cardio, but the bouncing has become more difficult. I’m definitely carrying lower this time around and I can feel it. Starting to slow down and I know I need to make it a bigger part of my daily routine.

And thank you to Paper Crown for sending this gorgeous, non-maternity dress that will carry me through weddings this summer and that I can still wear when I’m not pregnant.