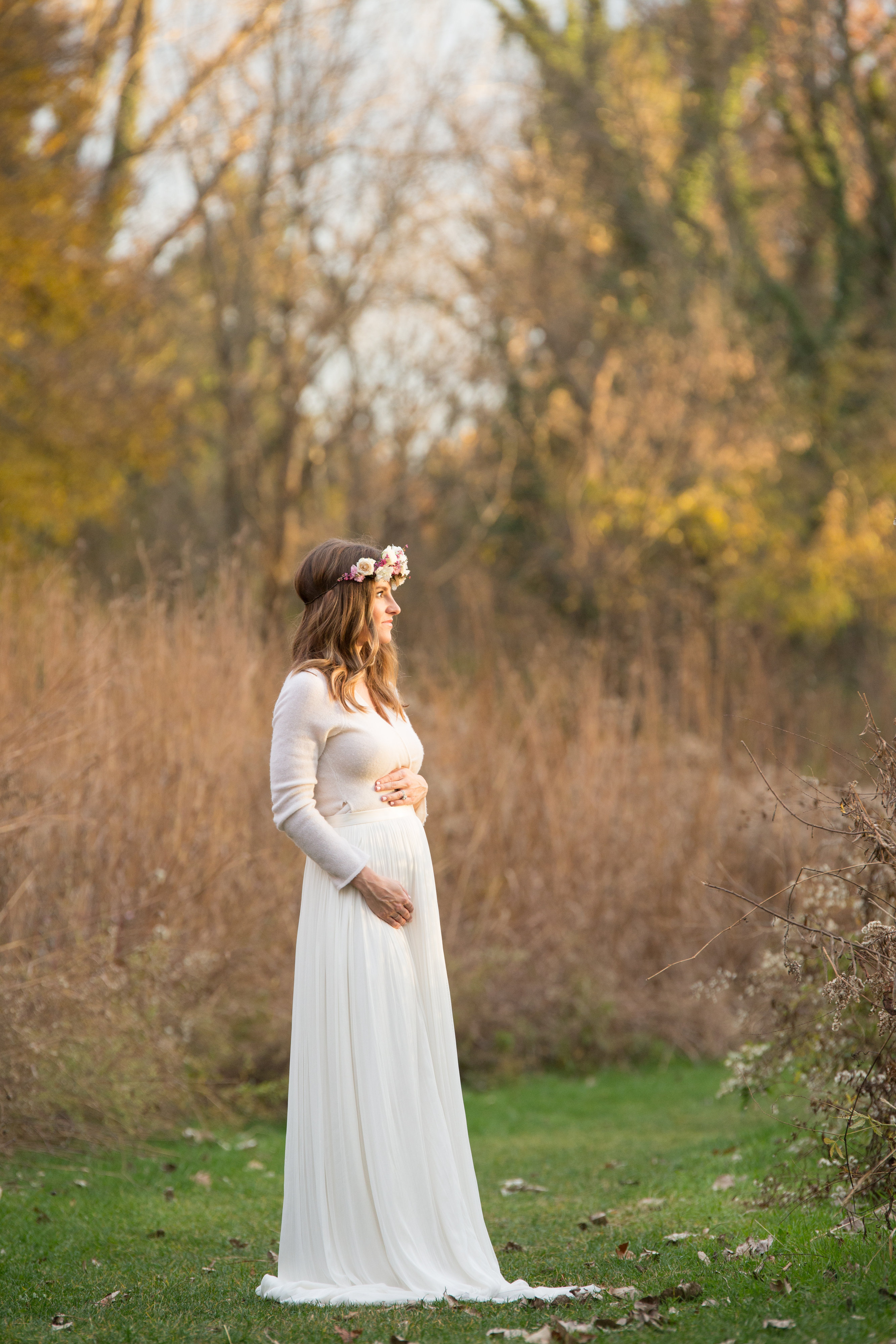 I had heard some broad generalities about the first trimester before I got pregnant. I knew that it was really rough for some people, tolerable for others and a breeze for a few. I knew that morning sickness was a possibility and that I may feel more tired than usual. But there were an astounding number of things that I had not heard about or at least had not fully understood until I went through each of them myself. This post is very honest, possibly TMI and will hopefully give future moms some insight and everyone a good laugh.

I wrote about when I found out I was pregnant here, but I did not include anything about my experience with the remainder of my first trimester. So, here are a few truths about those first weeks of pregnancy, at least in my case.

Probably around 6 or 7 weeks I started feeling exhausted. And not like the, oh I stayed up partying all night or I worked out for an extra hour this morning exhausted. I constantly felt like I had been awake for days in a row with no sleep, even though I had slept for 9 hours the night before. I would wake up tired, go to work and feel fairly awake until about 2:30 and then I was done. I would get home at 5:30 and contemplate cleaning something or starting some laundry, but instead I would lay on the couch and fall asleep immediately. Nick would come home from work and wake me up long enough to eat 5 bites of food, take my prenatal vitamins, (p.s. The One A Day Brand is the bomb and doesn’t make me feel sick), and then brush my teeth before passing out again.

2. Brushing your teeth becomes a problem.

Speaking of brushing your teeth, it got to the point that I dreaded doing it. Starting very early on..probably around 5 weeks or so, I started gagging every single time I brushed my teeth. Sometimes it would be so bad that it would make me sick, then I’d lay down in bed for a while to calm down and then I’d have to try and brush my teeth again. Most of the time I would start gagging bad, lay down for about 5 minutes and then it would pass, but my gosh that was the worst. I was surprised that this became such an issue. I just struggle to understand how something as simple as brushing my teeth feels like such a chore; it’s a mystery to me. But I had to push through it. The last thing I needed was a trip to the dentist because of how bad my teeth have become by not brushing them. If anything, I used this as motivation when it came to the struggle of making it through the two minutes I spend brushing them. Thankfully this has passed, for the most part.

3. All of a sudden I’m super vascular.

Um…so I read a baby book right after I found out I was pregnant that mentioned that your body will produce 50% more blood over the course of the pregnancy. I sort of just thought I would notice a few extra blue veins under my skin, which would’ve been better as I already knew about different ways in which this could be treated. My friend told me that there are places similar to Abella Health, (https://www.abellahealth.com/) that would be able to help my veins look better again after my pregnancy. But what I noticed was something that I was definitely not expecting. I look like some cross between a body builder and an 80 year old woman. I don’t know what to do about this, if there is anything to be done. In the meantime, if you happen to see me out in public or in blog pics, please know I am not ‘roid-raged out, I am just full of blood. Blech.

4. A mouse had a bigger appetite than I did.

This may have had something to do with the nausea or the fact that I was asleep for the majority of the day, but I had almost no appetite between weeks 4-12. Between that and the instances where my nausea turned into actually getting sick, I actually lost some weight that first trimester. (Doc was not super pleased about this – but don’t worry I have definitely gained that back). I would have a few bites of food and would feel completely full. Nothing sounded appetizing, food didn’t smell good and so I was forcing myself to eat fattier foods and religiously take prenatal vitamins right before bed each night.

5. You feel awful and can’t tell anyone why.

This part is kind of annoying actually. Nick obviously knew why I didn’t feel well, and my parents knew, but the majority of the people that I saw on a daily basis did not know that I was pregnant and so I could not explain why my eyes were fluttering shut during meetings or why I kept running across the hall to the restroom a few times a day. I will say, my nausea was not as bad as it could have been. My sweet friend Jackie, who is due the day before me, has dealt with daily nausea that nearly always ended in her getting sick. I had days where I would feel sick the entire day, especially in the evenings. But there would be days when I did not feel nauseous at all. For this I am incredibly grateful. But the point is, if you decide to wait to tell people after a certain point, you will have to suck up the fact that you feel awful. My best advice is to lean on the people close to you that you have told because trust, you will want to complain and get a little sympathy.

6. All you want to eat are the things you can’t eat.

Sushi. Sushi. Sushi. All I wanted was salmon sashimi. It is still the thing I constantly crave. I have become a big fan of tempura shrimp in the meantime. I don’t order steak anymore because I can’t bear to cook steak more than medium. I have turned into the person at restaurants that servers hate because I have to ask a million questions: “Does your caesar have raw egg,” “Can you take off the blue cheese and add parmesan instead,” “Can you make those eggs scrambled and not sunny side up.” I thought I would crave alcohol but I have found that that has not been the case. I do get slightly jealous when someone orders a really good glass of red wine, but I have found that I really like Pellegrino with lime and lots of restaurants will give this to you in a wine glass without even asking, so that it feels a little more festive. Also I can’t wait to eat a hotdog again…or a turkey sandwich!! And now I’m hungry again…

7. No belly yet but more boobs that you knew what to do with.

Well Nick was certainly happy about this one. WAY before my belly bump showed up, my boobs grew 4 times bigger than they were before. I grew out of my bras around week 10 or so. Also…women I knew had warned me, oh your boobs are going to hurt for a little while… Ok, they really do hurt. Bad. I swear a feather could have fallen on them and I would have cried. There was a day that we went for a walk outside, it was colder than I expected and I wasn’t dressed appropriately. On our way home I told Nick that my nipples were hurting so bad and I started laughing because it seemed so ridiculous and because they really did hurt and I didn’t want to cry. Because I was laughing I don’t think he realized how serious I was. When we got home I ran upstairs and took a hot shower and cried for about 5 minutes until they stopped hurting. That was really the only time it got that bad, but it was terrible. And hilarious looking back on it.

Early on I thought that my bump was starting. I would go to bed thinking that I was finally getting a baby bump and then would wake up with a flat stomach again. Then I realized it was just gas. So, there’s that.

PMS has nothing on pregnancy hormones. Poor Nick. I have been all over the place and it comes out of nowhere. I am traditionally not a defensive person but me + pregnancy hormones = don’t even look at me in a weird way or I’ll flip. It isn’t bad everyday. I’d say about once a week I feel like a crazy person and the rest of the week I feel like my normal self. The best way that I’ve been able to deal with it is to just tell people the truth – that my hormones are bananas today and I may not be the sweetest. Or I may start crying for no reason. Or I may be awesomely happy. You just never know.

This only began towards the end of the first trimester and has continued thus far. I wake up every morning around 3 or 4 remembering vivid details of strange and sometimes scary dreams. Sometimes it is really difficult to fall back to sleep afterwards and I have taken to turning on Netflix to lull me back to sleep, (my favorite morning sleep shows right now are New Girl and Family Guy). Not only that, but I very recently found myself unable to sleep on my stomach and so it takes me a little longer and a few more pillows to get comfortable every night. 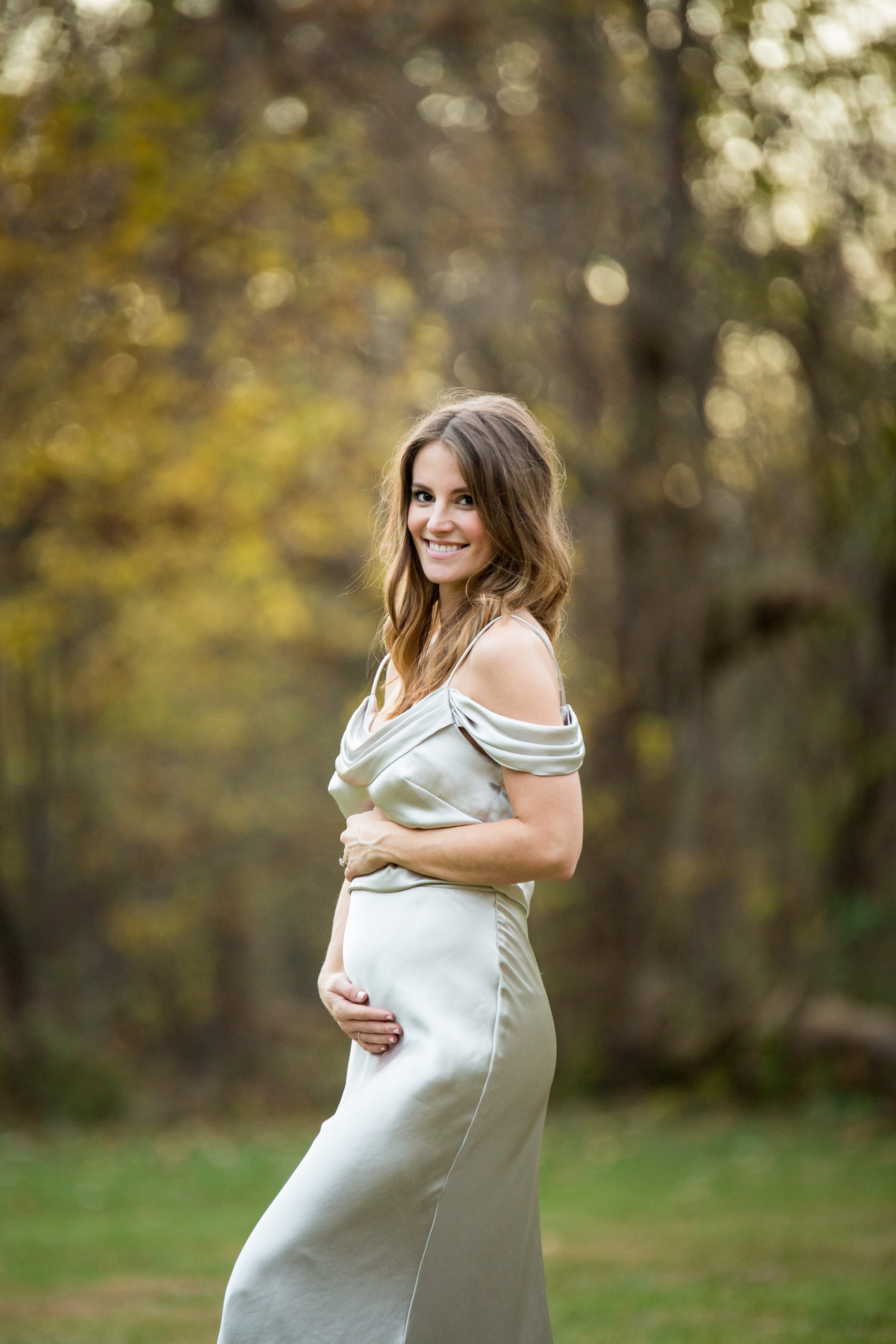 Here I sit, at 17 weeks, no longer feeling those pangs of nausea and certainly no longer falling asleep at 6:30. I have started going to the gym again. I have been going to a spin class twice a week, yoga or pilates once a week and trying to walk and take the stairs as much as possible. I constantly crave smoothies and french fries. I still gag sometimes when I brush my teeth. I feel less crazy and emotional. I have finished a Chipotle burrito bowl in one sitting, which I have never been able to do before. I am at the highest weight I have ever been in my life. And I am absolutely crazy in love with this belly bump.

I would LOVE to hear about your experiences with the first trimester. Any advice you have for me would be greatly appreciated! Is there anything I should start doing now? Stocking up on? Any products you swear by?

flower crown made by the very talented Evergreen Flower Co. 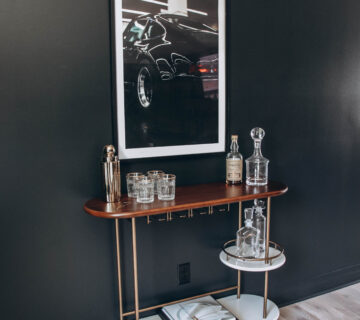