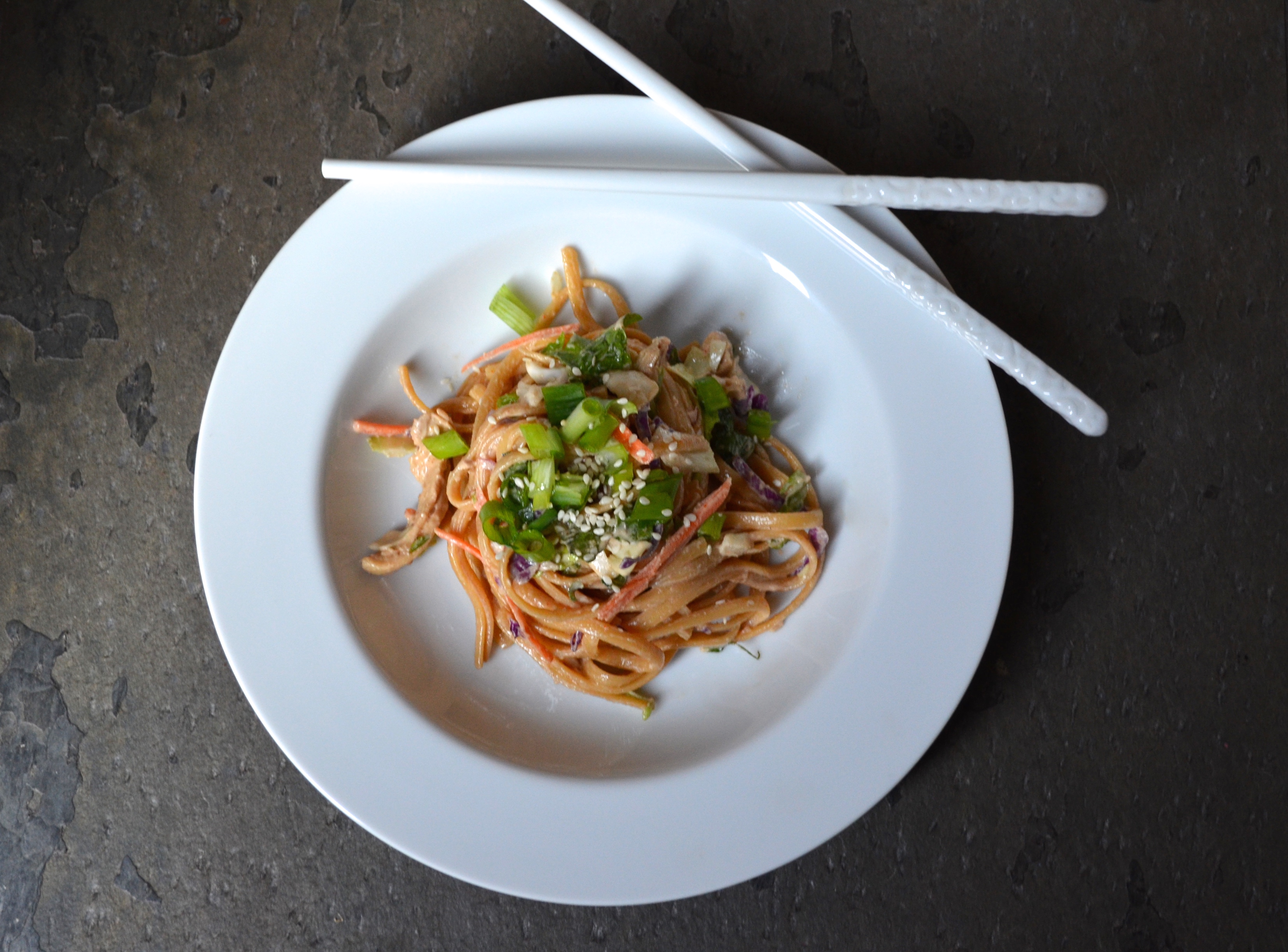 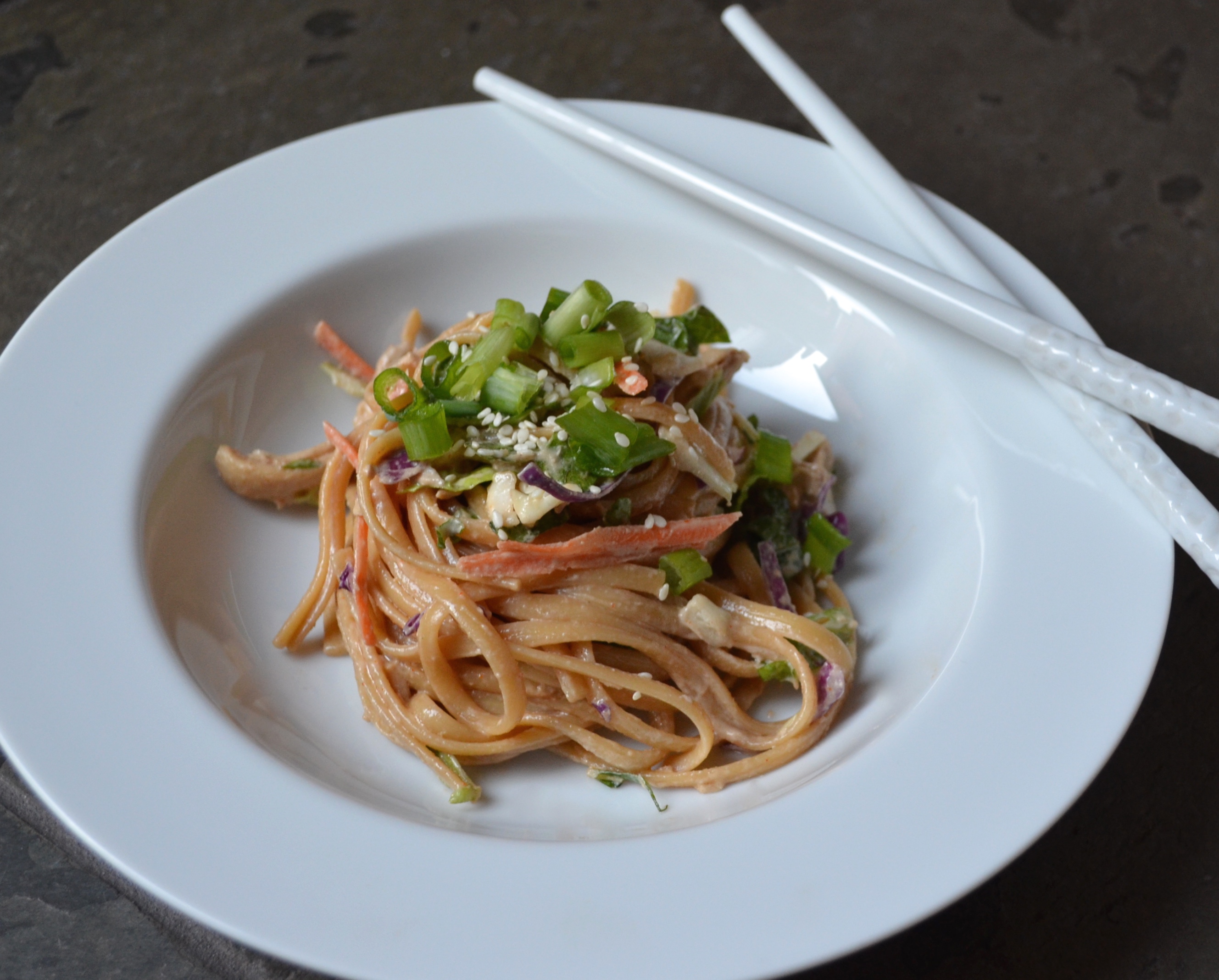 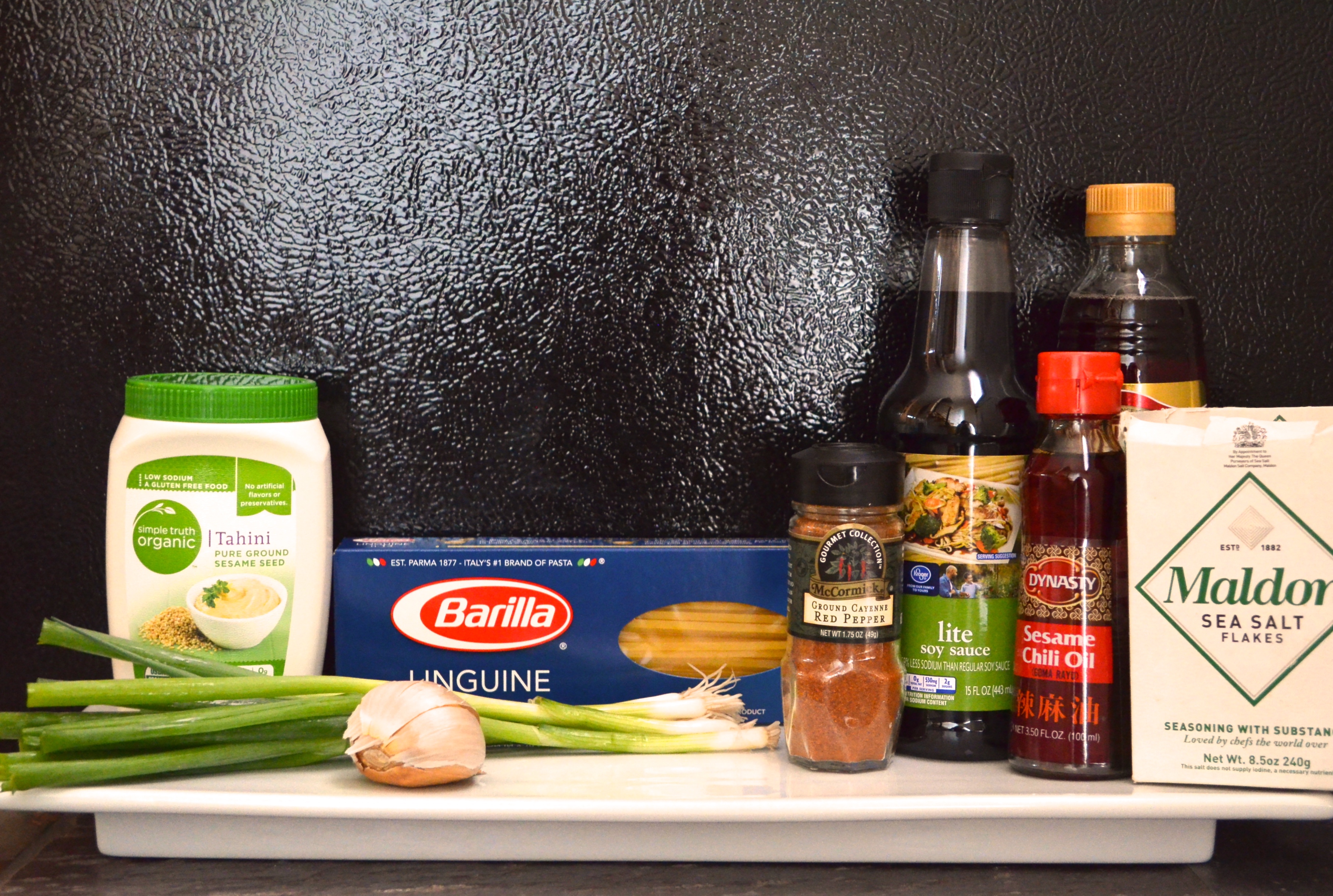 This weekend I did a little stalking of Chrissy Teigen’s food blog, So Delushious, and came across her recipe for Spicy Sesame Noodles with Chicken. In her blog post, she raved about this recipe and how it should be a staple in everyone’s house.  Well girlfriend didn’t lie. These noodles are the jam, and they are even better eaten cold the next day for lunch!

I altered her recipe just a little, so I included those alterations below.  Additionally, her recipe called for Sesame Oil and Chili Oil, but my grocery store only sold Chili Oil as a Sesame Chili Oil, linked here, but I did not even change the measurements in the recipe: she called for 1 teaspoon sesame oil and 2 teaspoons chili oil – I just used 3 teaspoons sesame chili oil.

Her recipe is here.

1. I substituted 3 teaspoons of Sesame Chili Oil instead of 1 tsp of Sesame Oil and 2 tsp Chili Oil.

2. I added julienned carrots, chopped napa cabbage, chopped red cabbage, and little bit of chopped romaine, just because we had some.  But I found it was nice to add some color and some crunch to the dish.

If you make this, let me know what you think! Or if you make any alternations I would love to hear what you came up with!!